“Health and Digital Security in the School Environment”, Second multiplier event of the ENDING project

On November 24, a second multiplier event of the ENDING project took place in the auditorium of Fundación Mapfre, co-organized by the Spanish National Police and Fundación Mapfre. The main purpose of the event was to present the ENDING Project among different authorities and experts related with the area of education.

The event, titled “Health and Digital Security in the School Environment – ENDING”, was inaugurated by the General Commissioner of Public Security and Safety. Mr. Juan Carlos Castro Estévez of the Spanish National Police and by the Director of the Health Promotion Area of Fundación Mapfre, Mr. Antonio Guzmán Córdoba.

The act was structured in two parts: the first part titled “Health and ICT: Strategies for awareness and participation among young people”, was organized by Fundación Mapfre. The Subdirector of the High Educative Inspection in the Region of Madrid, Mr Luis Abad Merino, was the first to speak. He highlighted the different obstacles to combat early school leaving. Then, a doctor of Fundación Mapfre, Mr. Luis Delgado, explained what are the physical consequences of the abuse of ICTs. The third speaker was Mr. Andrés González Bellido, as coordinator of a TEI program (coexistence program for the prevention of violence and bullying), that transmitted his experience related with this type methologies. To conclude this first part, the Ending coordinators, professionals from Fundación Mapfre, were the responsibles to expose the most important aspects of the project to the attendees.

The second part, under the title “Cyberbullying and safety in  classrooms” was organized by the Spanish National Police . This part began with the intervention of the General Director of the High Educative Inspection in the Region of Madrid, Mr. Ángel Canales Cerrada, who spoke about the law that regulates the Master Plan for Coexistence and Improvement of Safety in Educational Centers and their Environments from the Community Policing Central Unit of the Spanish National Police. This was followed by the speech of  the responsable of education and digital rights of children of the Child Policy and Awareness Directorate of UNICEF Spain, Mr. Ignacio Guadix García, who spoke about children´s rights in safe digital environments. Afterwards, the attendees had the opportunity to hear the experience of three teachers belonging to an educational centre, where a similar Erasmus+ project has already been implemented. And to conclude this second part, the two police officers of the Master Plan in the Spanish National Police, in charge of the development of the project, transmitted the preventive work that the Spanish National Police implement in the educational centers, in addition to explaining their participation in the project. 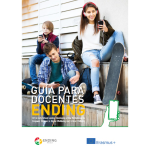 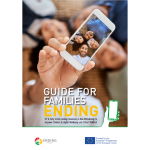 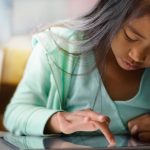 The "ENDING" project is co-funded by the Erasmus+ programme of the European Union. The contents of this website are the sole responsibility of the partners of the ENDING consortium and neither the European Commission nor the Servicio Español para la Internacionalización de la Educacion (SEPIE) are responsible for any use that may be made of the information contained therein.